The test-retest reliability of Alva’s logic test was estimated using a sample of 117 participants who completed the test twice with 14-15 days in between. The observed correlation was r=0.81, which is considered Excellent by the European Federation of Psychologists’ Associations (EFPA).

Study
Participants were recruited using Amazon Mechanical Turk. They were asked to complete a set of 39 tasks from Alva’s item bank twice, with two weeks in between. This is standard practice for test-retest reliability studies. 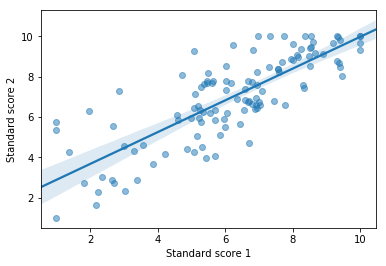