Alva’s logic test measures one central aspect of general mental ability (GMA), which is also referred to as abstract reasoning, figure reasoning, matrix reasoning and fluid intelligence in some contexts. It is inspired by an established test format first introduced by John Raven in 1938, which can be found in modern versions of Raven’s Standard Progressive Matrices (SPM) and Advanced Progressive Matrices (APM) among other contemporary logic ability tests.

In the Cattell-Horn theory of intelligence (Horn & Cattell, 1966), General Intelligence is divided into fluid and crystallized ability. Raven’s matrices and Alva’s logic test are designed to measure fluid ability (gf), which is the ability to reason and solve novel problems without relying on previously acquired knowledge and skills. It can be described as the source of intelligence that an individual uses when he or she doesn't already know what to do. In contrast, crystallised ability (gc) stems from learned experience and is reflected in tests of knowledge, general information, vocabulary and other acquired skills.

The figure below shows the Catell-Horn theory of intelligence, and where Alva’s logic test fits in. 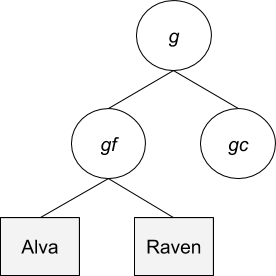 While logic ability tests do not fully capture GMA or g, they have consistently been shown to have a high correlation with - or a high ‘loading’ on - general intelligence. This, together with the practical advantages of being independent of language and other crystallized abilities, makes them ideal for efficiently approximating GMA in many settings.